I BLAME THE MEDIA - hannah smart

I Blame the Media

Sometimes I picture normal things. Two people having sex. Sweat and romance. The man is not too short or too hairy, and his dick is not too small. The woman does not have stretch marks or cellulite, and her tits do not sag. It is not awkward and there are no mistakes. I do not know who these people are. Maybe I saw them in a movie. Maybe I made them up.

I am never in my fantasies.

She drowned in the desert at the age of twenty-seven. She was looking for the content of mania. Define. Defy. Define. Moon & jazz. Sand in her mouth, caught in between her teeth. Another wonder of the world.

In floating this stain upon the glass. Eclipsing pigments. These stains are orange, red, lemon-yellow. Articulating. Fish-hook & line. Moon & jazz.

The other day the old stump of an apple tree & the used skin of a snake was found on Mars. The heroes were sleeping. Atlantis was not drowned, but on a moon.

Lemon peels & rosemary mingled in Ziplock. Sliced chicken came and joined them. Fresh. The mark of her body on the cold sheets. Water turned to ice in the search for air. Water blending upon water. Hot & cold.

When we were young our mothers taught us how to scuff our shoes on the pavement. Dragging our feet, scuffing rainbows on the bottom of our toes.


Deborah Wood's work has appeared in Lungfull!, Bird Dog, Transfer, and Nimble. She lives on the top of a hill in San Francisco. You can reach her at deborahwz@gmail.com.

AMONGST THE DRESS - anne germanacos

She's too tall now to go amongst the dresses the way she used to, a small animal in a forest of pinks and blues, but she does anyway, sloughing off height by hunching. The dresses always smell the same, chemical and clean, and occasionally a mother's perfume. She's hardly eager for a dress, but still.

The phone in her mother's purse rings.

It's him, the new husband. His daughters (not her sisters) are wild. The phone changes her mother's look, makes lines appear. This isn't the mother she likes to see, but it's the one she's grown used to. This must be how the marriage is going.

Dave took aim with his bow and arrow. He did not steady the shot. He knew the arrow would hit its mark.

Off the arrow went. It passed by some people, some houses, some birds, some clouds, some planes, and some stars. It tore into Gabriel's wings. Down Gabriel went towards Earth.

He made a crater when he crashed. Dave walked up to the edge. "That's what you get!" he yelled, pointing at Gabriel.

"Get what?" Gabriel asked, confused."For having prettier wings than me!"

Dave flew down the street. Gabriel went into the dollar store to purchase a ketchup-fueled jetpack.

This isn't over Dave, he thought. He put on the jetpack. I shall have my vengeance!

He flew up towards the sun. He was seen again fifteen minutes later walking his catdog around the park.

A prostitute gave him $3.50 and jumped into the river. He bought a jazzercise cassette tape and some gummy bears. He decided to go home, kill his catdog, and watch a foot fetish film on his black and white T.V.


Garret Schuelke, 20, is a writer and poet born and currently living in Alpena, MI. He is currently attending Alpena Community College and plans to go into a career in Journalism. His works have previously appeared in The Heel Press and Edit Red. His "official" website is: http://www.myspace.com/garret_schuelke

THE SPIRIT OF CHRISTMAS - jan windle

The Spirit of Christmas

He'd said, "See you Sunday." All day, no call, no text. She must face it. The charisma has gone. Age? No, maybe when she got strong enough to be alone.

More likely, he's too busy, like all of them.

She sits in the bar in the piazza Tasso. Outside the glazed partition is a low forest of fir trees that looks as if they've sprouted from the pavement. They bear red baubles and tiny golden lights. Thank god they don't flicker, she thinks. No, the only movement is in the palm trees. The gold lights run down the spines of their lower leaves making swaying Roman arches. The block opposite ("Rosy's Souvenirs") is outlined along all its angles with gold bulbs. Dominating the piazza, the huge cone of the Christmas Tree. A hundred feet high, or more. Every frond bears a little golden lamp. She is enchanted.

She forgives him. She'd rather be here. She has emailed to him: Sorry you cannot spare me your time. But thank you for the lesson. I needed it.

Now she is at peace. Christmas spirit floods her veins, along with the red wine that the bar serves in such large glasses. 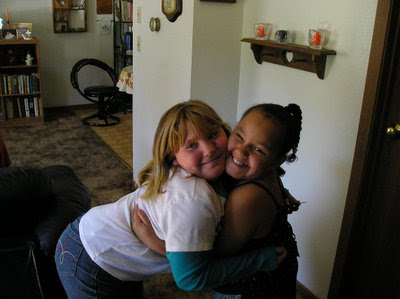 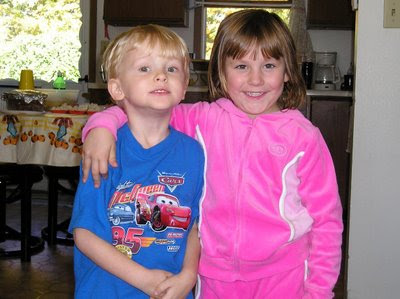 He was tall, Solomon. Not tall like you think, but tree tall. They're going to tell you Ben died of Marfans, then you'll hear rumors of white lines with hundred-dollar bills, Colt 40's in his cup holder, & won't know what to think. I believe both.

I am not going to tell you he arm wrestled uncle John and beat him back when uncle John had biceps like softballs or that he told Grandma off then talked her out of a butt whoopin'. I can't be that guy. He wasn't the greatest uncle that you'll never meet. He just wasn't. He was tall though. Marfans makes you tall, Abe Lincoln had it and he was skyscraper tall. Ben was taller. He was an aspen, all porcelain white with dark knots, when he smiled those autumn coins would wink sun in the wind like the earth just let out this long love sigh, a cool breeze that would swagger fall leaves around his feet: round hips and shy grins. I don't think he ever smiled enough.

He was the toughest of your dad and I. Mentally speaking. Believe this: In Ohio they called him "scrapper," I put my fists up for him a few times but he always picked fights bigger than me.

I like to think when he snorted that wick-line of coke, when his aorta ripped away from his heart, and the cosmos opened up right there in his living room where all he had to do was step through that sparkling rift & pluck any galaxy he wanted from the air...that he held for a moment. I believe he stood there, alive but dead, longer than any other man could have. By will. Just by his will.


J.R.Pearson is a poet living and writing in Dalton Gardens, Idaho and his work is currently featured in The Indie Underground. He has a few choice pieces of writing forthcoming online as well as in print from The Cherry Blossom Review, Dogzplot, & The Indie Underground. He is a member of an experimental group of collaborator's called Orzel Transtextual Poetry which engage in, among other things, combining Flarf with real-time emotions. He was born in Lansing, Michigan and watched his brother, Ben, die there at 28. Survived by his nephew Solomon.

UNLESS I FORGET - luis c. berriozabal

I procrastinate so much that when it comes time to do what I have to do I have already forgotten what it was I was supposed to do. If I have an appointment at two in the afternoon at the other side of town, I start heading out at two in the afternoon. I have been known to wipe oil all over my hands, a dab of oil on my chin, and explain to those waiting for me that my car broke down and I had to get under the hood to perform needed repairs. It flies sometimes.

Agnes the old maid, everyone's frumpy lumpy next-door neighbor, is sitting in front of her TV watching her legs turn blue. The heavy lycra support hose she wears all day aren't helping, and her health insurance won't cover the surgery to have the varicose veins removed.

She gets off the couch and walks stiff-legged to the television screen. When she touches it, her finger goes through without resistance, like piercing a membrane. The Simpsons are on, and now she's touching Bart. "Hey, stop poking me, man!" he says in his high-pitched cartoon boy voice. She laughs and thinks that it would be fun to be there, too. So, she climbs onto the entertainment center and pushes her lumpy body through the tube. Cartoons don't get varicose veins. In Bart's world, Agnes's legs are smooth and they stretch like rubber.


Rosanna grew up in Brooklyn , New York and later moved to the US/Mexico border region where she attended the University of Texas at El Paso and earned a BA in sociology and an MFA in creative writing. Her short stories have appeared in Callaloo, Bryant Literary Review, and Moon Journal. She has poems in Poetic Voices without Borders (Gival Press 2005), Illya's Honey, Thorny Locust, and BorderSenses. One of her short fiction pieces has been selected for inclusion in the next GirlChild Press anthology—Just Like a Girl: A Manifesta!

I work the late shift at Split Sams but I quit. It's a real shit bar. Last night after closing, I went into the john to check for stragglers and a pretty girl was on her knees suckin' off a guy who was barfing over her onto the wall. It wasn't the blow job or the puking that alienated me. It wasn't the rot coming out of him splashing on the back of her shiny shoes and it wasn't that I could see his convulsions were exciting her. It wasn't that the dick in her mouth was the only thing holding him upright and it wasn't that these two freaks hadn't come into the bar together and it certainly wasn't that they wouldn't remember each other's fake names tomorrow. After forty years working shitholes like Sams, it wasn't that I hadn't seen things like this. I had. I stood in the doorway and waited until she brought her head up from his crotch so I could see the look on her face at the very instant she realized where she was and I quit because that was the only thing that ever helped me feel better.
Newer Posts Older Posts Home
Subscribe to: Posts (Atom)