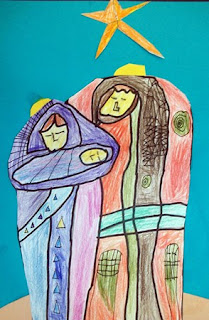 They fucked every night like weasels. Making love seemed to be the only way to fend off the sure knowledge that they’d both wrinkle and die one day. Before daily sex they’d tried: community work; mad shopping; robbing a bank; overeating and puking; complaining; bullying other couples. Only when Kate got pregnant though an army of doctors had assured her that she was barren, did they slacken and returned to a less heated cycle of lovemaking. Ms Dobbs, who lived next door, was glad for it and resentful, too: she slept better now but her dreams got as dull as they had been for the sixty years before the young couple moved in. But things change when they change. As Ms Dobbs sat down to finish an embroidery of a baroque scene showing a shepherd leaning on his strong staff looking at a lolling Virgin Mary, she suddenly noticed a small door in the wall. It wasn’t taller than a thumb and in it stood a perfectly formed, handsome young man who beckoned her with his little finger in the most delightful way so that the old lady willingly put her handiwork aside.

The band’s previous singer got some Old Time Religion and just couldn’t—anymore—sing stuff that condoned and sometimes encouraged shoplifting, weed and giving head. Judith assured them she had no issue. There had been other applicants, the guys told her: like Marina and Maud. Maud had ties and couldn’t tour, Marina could tour but couldn’t sing. Judith said she could do both, and if they were nice she’d do them too. The whole age thing though, one of them said, We kinda wanted someone our age. She asked if they knew Virginia Plain and started in before they could answer; Baby Jane’s in Acapulco, we are flying down to Rio. They were sold, all four—two lead guitars, bass and drums. Is your passport valid? Both of them, she said. They laughed, said Good one, you’re in. High-fives and Heinekens. How'd you hear about us? She’d seen the ad in the supermarket, on the wall beside the wanted posters. Her year book picture; so much younger then.


But then I’ll have a bad day and being touched will seem like a necessity.

Elizabeth Ellen
elizabethellen.net
A Sport and a Pastime
James Salter

THE POINT OF THE BOTTLE - caroline kepnes

Vera snaps, “What’s the point?” “The point of what”, Charlie says. Charlie reads the news. Vera hates the news. She’s an artist. Charlie’s favorite item today:  Bottle lost in a Maine nor’easter is found twenty years later by a beachcomber in Northern Ireland. Vera sighs. “There is no point”, he says. “It’s just beautiful.” He wants her back, he plays, “We’re so white right now, with The New York Times, the eggs benedict and the sugar substitutes. You don’t get any whiter.” “It’s your newspaper,” she says. She won’t play. The waitress comes up, alabaster white, Jet Blue eyes. “The tip’s not included”, she says, smiles, goes. Charlie pats the newspaper. Vera will paint today. In his experience, black girls thrive on incidents like this. The point of the bottle: A bottle has no points, literally. Rounded things float eternally like a fat whitey in a chlorine lazy river. “What’s so funny?” she asks. He leaves a big tip and the waitress clings the bills, nudges the busboy, “My mom is wrong. New Yorkers aren’t cheap.” Beto doesn’t speak English. He sees the photo of the beach, the woman. He will swipe this art and tape it on his wall. Beautiful.

He pawns his Fender. Buys a bug zapper from the Salvation Army. He hangs it from a branch outside. She plugs it in when she’s bored and horny. She knows him, how the crackle of static placates his inner voice. She sits him on a bucket. Squirts a tube of lube into her hand. He examines her bosom, warts protruding from it like quartz nuggets on a pewter sheet.The zap of a bug kill volts through the mosquito screen. Die motherfucker, he says. She shushes him.  Says, take off your stinky buckskin, The smoke of thorax drifts in through the window and spreads itself. She drizzles a translucent gel across his forehead. Her hands tremble.He flares his nostrils, murmurs, Die motherfucker. Die.

Marion Alice Cook (28) of Port Orange, FL, walked into the Dunlawton Ave. KFC this Saturday with, observers report, “her money in her hand, like she just wanted to give it to someone—anybody,” (Angel B. Williams, age 47; customer) before immediately exiting the restaurant. Friends Pauline and David Kester offered no explanation, though were eager to mention her “close relationship” with “challenging music,” “Twitter” and “KFC Snackers.” Cook, when asked for a comment, seemed to glaze over, passively stating: “I thought I knew what I wanted.”

I lay in bed. Eyes open. Every sound is a mouse scrabbling across the floor. He hasn't called in days. I haven't called him either. I hear a click and imagine a baby mouse gnawing on electrical wires behind the dresser. There's tapping. It must be mice crawling behind the baseboard. I can't sleep. I'm not thinking about why we're not talking. The mice are chewing holes through sweaters in the bottom drawers, curling up beneath where the pilot light keeps the stove warm. When the sky lightens all the tapping and ticking and scrabbling stops. I don't hear the mice anymore. I get up and turn on all the lights but I see no sign of them. I didn't get any sleep. We're still not talking. Tonight or tomorrow night.