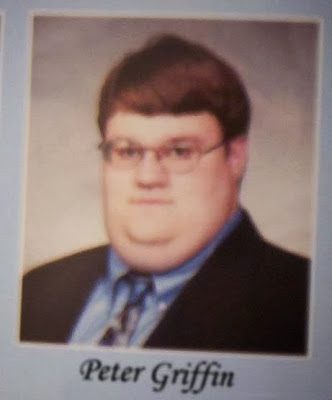 NIGHTS ON THE DELAWARE
Brittany Harmon

SHE DOES NOT BELIEVE THAT SHE BELIEVES
James V. Coffey

IN BED WITH JESUS
David Mohan

NIGHTS ON THE DELAWARE - brittany harmon

After auntie fell asleep, comatose from chardonnay and her morphine pump, we’d sneak through the jagged hole in the chain-link fence to the river’s secret beach. During the day it laid prey to desperate pigeons and washed-up condoms. But in the moonlight we didn’t notice, not the fishhooks or cigarette butts, not even the stench of pollution. The darkness was a shield. My brother was best at finding the flattest stones, which he taught me how to skip. He told me not to think so much about wrist motion. You just have to feel it. The soft patter like rain on the gutter. Our bare toes crunched shells and broken bottles, sharpness blunted and weathered by some unseen force. But every now and then there was a malicious edge. We’d wrap our cut feet with leaves and seaweed, the saltwater soothing, the stars reassuring. As long as we had this, we didn’t mind the blood.

Whenever anyone came to visit, my grandfather opened his kitchen cabinets and dragged everything out, everything he had to offer. He laid them out on his 1950s Formica countertop, trimmed in chrome and plastic. Stale moon pies and fig bars wrapped in sandwich baggies. Ginger snaps with no snap left, soft enough to bend. Milk from the ice box, colder than sleet, poured to the tippy-tops of jelly jars.

You received them with thanks, like communion. It’s been a hard fit for you. But you try. For instance, you’d never clutched a fish in your hand while it gasped, gills flaring; slick skin skidding over big chapped hands.

The handsome man in sunglasses smiling outside of the funeral home made me think of you, but in reverse. Because this man did not seem comfortable in a suit.  The morning of my grandfather’s funeral, my father drove into Walmart to buy a tie. He bought two, and let you hash it out. Mr. Working Stiff. Mr. Pallbearer, bearing our load. Between my own grim cousins who barely spoke to you.

SHE DOES NOT BELIEVE THAT SHE BELIEVES - james v. coffey

IN BED WITH JESUS - david mohan

Afterwards, he liked to talk.

We talked about Homeland Security, crossing rivers secretly, border patrols, loose women in army towns, Carnival, pilgrimage, his grandmother’s holy shrine,   red rivers of lights out of his church, what his Sacred Heart tattoo meant, what his pierced nipple signified.

I liked that when he spoke English he had a schoolboyish lisp. I said his name when we touched. He said, “Please baby, without the ‘s’.”

I smoked and let him talk. My bed was a shore and he’d washed up here beside me from somewhere unimaginable I’d need to keep asking him to explain until morning came. When he finished he looked deep into my eyes and told me his mother was an actual saint.

Before we went asleep I kissed his eyelids.

He drove a monster truck in a big stadium on the weekends. The roar of cylinders and crowds still in his ears days later.  So high up. With such power under him, it was almost subterranean to sit in that overstuffed chair his father died in with a mystery book on his lap. Mickey Spillane, he recalled, with a single match for a bookmark. Something about a shotgun hole in someone so big a baby could crawl through without ever getting its shoulders wet. And nothing good on TV, and their old cat just shit in his slipper. And his wife was pecking at him from the kitchen about God-knew-what. And, Christ!—the weekend just couldn't come quickly enough.

He hasn’t heard a thing since she sent a text about getting drinks with a classmate at 6:36pm. It's 2:23am. Sitting in their living room, he drinks a Zin spiked with cinnamon whiskey. He’s remembering his girlfriend, dressed in a flattering, low-cut dress with dark stockings. And that image is making him hard, then lonely. He imagines her touching some guy’s knee while she talks about Dalí, flirting like she does—why hasn’t she responded? She always has her phone, checking pokes and pings, mashing away texts in each available silence. He’s often seen her rejecting calls, making some quiet laugh as if to say Oops. She’s doing that right now, he imagines, sitting with that tattooed fucker from Photography, declining his calls with a laugh. Oops! Roaming the room, he finds himself expecting her with new found urgency, sweating as he adds whiskey to his half-empty glass. It’s nearly three when brakes squeal outside the house. The car door slams, and he’s at his feet, moving to greet her. How magnificent: a chance to confront everything. Their bodies will be exposed in the cold—he’ll sweat and shake her, and then she’ll understand.

The guy ahead of me in line switches to another line that's longer rather than order his Mega-Burger from a woman wearing a head scarf. His new line is slower too since the senior running the register laments to each customer that he is seventy-two years old and can not afford to retire. Ethnic discrimination, high cholesterol fast food, and a gutted economy. Ignorant, fat, and broke.

I wore big sunglasses and a designer suit to hide at my father’s funeral. The priest read a ridiculous poem and a few bad songs were played. A relative organized the songs. I imagined my fathers disapproving spirit trying to destroy the tone-deaf sound system.

When they finished I got up and gave a speech. I held back the tears well enough and made everyone laugh—I guess my time at drama school and onstage was good for something.

After the reception everybody praised my speech. “ Your father would be SO proud of you,” is all I kept hearing. Though I wasn’t really listening. I was thinking of the way he looked in the casket before the reception. Looking at his naked, vulnerable face. I felt everything I had ever done wrong. I was a bad son.

I couldn’t get the look on his face out of my head. When the hearse drove off to the crematorium I felt a great relief. At least one of us would feel better soon.