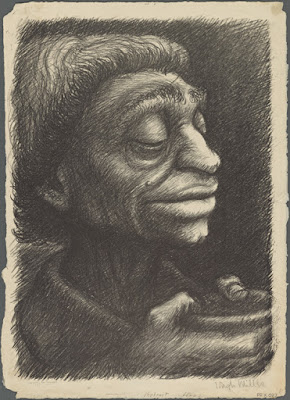 HOW I GOT MY GANGSTA RAP NAME
Matthew Dexter

I THINK THIS WILL MAKE US HAPPY
Andrew Davis

HOW I GOT MY GANGSTA RAP NAME - matthew dexter

That boy could fly. Nailed a cannonball from the rooftop and hovered above the Weber barbecue grill. He changed his name to Chopper and started smoking blunts in the treehouse and scored hash from heads who commandeered the In-N-Out Burger drive thru. He farted into marmalade jars and sniffed them under his Muppet sheets. He ate acid after family barbecues when his stepfather ambushed his sister in the squalor of the doghouse camouflaged in fire ants and feces from dragons. The cold-blooded thug sniffed highlighters and spit lyrics through his #2 pencil from the tallest limbs to orchestral moans of a jaundiced mechanic razing a shipwreck. He vomited and expectorated vodka on cocaine bark before wielding the butcher knife. Mom married a man who severed heads of pigs at Walmart. Half his life wasted with one wrist up a chicken's ass. I saw through the slits of Miss Piggy's cheeks. Kermit and Gonzo's nose and the Swedish Chef between my balls. I aimed for that drug dealer's scrotum and butchered his family treehouse. Dr. Bunsen Honeydew came to life as the lava flow spit from Rizzo the Rat.

None of my boat left. I’m all out.

He paid for them all. Coating cloaks the Ketamine.

Terry’s by the speakers, go see him, he might have more. Heads up, his crowns are mixed with mescaline. Visuals should be on point.

Nate and Greg got nervous, gnashed on green dollar signs in line.

Guess their batch was weak. Both came tweaking, seeking mine.

Last time I saw Leon was with Charlotte in the grass.

Ain’t seen him this jazzed since Rebecca dumped his ass.

Mikey met some blond, now they're fondling in the rafters.

Soon some princess gets plowed by a legendary phallus.

Jules is puking by the bathroom.

His girl Hazel told me his come up came too strong.

She asked for my last pink owl. Then gave that look that says she wants to get it on.

She pulled out a pack of Camels, packed them, said, “How about a Blue?”

I said, “No thanks, Hazel. I’ve got my own cigarettes. Besides,

I THINK THIS WILL MAKE US HAPPY - andrew davis

I can't love dad because I loved mom. She always loved me.

I sleep under stale sunlight and dirty clothes, I hug my piss bottles so I never have to find the bathroom. I like to save time.

Dad loves his new family. He made it with the little insurance money mom left me, and he always tries to bribe this betrayal from me by reminding me of the bumper cars at that carnival we used to go to in the fall.

I always remind him about the time mom found him fucking a college girl, who happened to be his secretary. He tells me I'm my own worst enemy, and I say, "Guess the asshole didn't fall far from the tree." That's how we leave things, and I feel good when he stutters before he hangs up.

Mom. I love you. I've said this so many times before. I've held my breath and pushed until I almost shit blood, believing this is how a young man brings you back to life. I've waited, I'm waiting, and now I know if I keep wasting my energy fighting dad, I'll end up like you. I think this will make us happy.

Some cartoon must have been our manual. Probably I was nine. Or maybe eight. Three ways we tried to make my hair stand up, but it wouldn't stay. We had practiced laying still, eyes open but dull, like in the movies. Outback, by the burn pile, April Lee painted black ash stripes underneath my nose. She wanted to put some of it in my ears, but I wouldn't let her. The filched screwdriver was carefully placed, then rearranged further from the outlet, as if thrown.

Ape kneeled. She cried and was convincing. Mom stood near the door. She didn't panic or pick me up mid-shriek or come to the rescue, like we had expected. Big tears slowly growing. Then April Lee laughed, flew toward the back door. Its spring clapping it shut after she cleared.

And I moved quickly to catch her.

Three thousand six hundred paces down Geary and up Polk get you an omelette and home fries breakfast with strong coffee in a heavy mug and four slices of sourdough toast from The Crepe House at Washington, where, sitting at a sidewalk table, you engrave these words on a napkin with the cool phat Employee Development Services pen you found in an aisle of the Kips Bay Cineplex on Second Avenue in Manhattan after A Quantum of Solace, and, since your girlfriend--behind sunglasses and inside the hood of the Funk and Spunk windbreaker she bought on Valencia--remains deeply engrossed in her Journey to the End of Night, you look down Polk at the clouds over Alcatraz before watching an old woman in a red overcoat and a blue beret wait for the stoplight in front of the It's a Grind Coffee House and then walk resolutely--as if anticipating a duel--across the intersection, using a huge multicolored umbrella as a walking stick, while behind her, on the lamppost in front of the coffee shop, an orange banner advertising an exhibition at the Contemporary Jewish Museum ripples in the breeze, concealing and revealing its theme: IDEAS TAKE SHAPE.

They said to write whatever came to mind, but all I can think about is peanut butter. After I finish writing this, they will give me a snack with peanut butter. Because the peanut butter snack always follows the writing, my whole entry is about peanut butter every time.

I hope my grandchildren do not read this diary when I die, because then they will believe all I thought about is peanut butter.

Ariel fingered the blade. She wanted blood. It had started with a kiss in a kitchen. Her thirty-first birthday, they had drunkenly talked of Prufrock’s mermaids and Whitman’s ferry in the dim lighting of Noah’s friend’s liver-colored apartment. It had ended three months later. A photograph of her sucking his dick in the Honda backseat snapped before he went home to his wife and three children had been found. Her question to him when she’d learned it was over had been, of all things, “Did she read my poems?” “No,” he responded coldly. “I deleted those. I don’t want you to think this was ever more than sex.” Ariel cut into her wrist. Cum bucket, she whispered aloud to herself in the bathtub, that’s all you ever were.