In Barcelona, I was hit by some strange travel dissatisfaction. The afternoon seemed stifling as we shuffled along La Rambla in the humid heat. I tried to explain it to the girl I was with;

"I mean, tourists all getting under my feet. Got to do something at some point you know..." I rambled on for a while; I knew she wasn't listening but looking at the ducks, rabbits, rats, turtles and lovebirds they were selling from big cages on the street.

A tall German woman elbowed me in the ribs and I tripped over a dog; "Goddamnit!" My friend paid attention and laughed in great snorts down her nose like a horse.

We walked on and bought a big jug of Sangria with lemon and ice from a place that was far too expensive and got so drunk and hungry that I ordered a paella, which we shared. My brain went into overdrive from the rich, warm food I'd been missing for so long, and everything was in colour again and I noticed things above street level that I'd never raised my eyes to before.


Vita likes the Paris metro, people who say: "I'm not best pleased" and the sound of horses' hooves on wet cobblestones. She dislikes ticks, sneezing and stepping on an upturned plug.

in the middle of an epormyable month when global warming was supposed to show its butt but rather gloved like subantarctic leopards LeRoy waddled outside Breston's new cathedral imagining hip-hop beats while begging for human heat and manners minus 14 degrees under a violet sun.

he preferred the coldness of custody to delicatessens opened 24/7 even if the temple where the wildcat murders occurred preoccupied him almost as much as the voyeur buried in the ashes of a butt.


LeRoy published a short-story in the Falling from the Sky anthology http://www.anothersky.org/in-print/falling-from-the-sky-anthology/ at Another Sky Press last June. He also edited and published a copyleft anthology called Une Histoire Vraie (A True Story) in 2003 http://editionslibres.contre.com/PDF/HistoireVraie2.pdf, and is working on a set of short stories called "LivEvil2K, Memoirs from Another Century". You can read the work-in-progress short stories on LeRoy's blog, http://lkm696.blogspot.com

The stench permeated his nightmares. Asleep, while watching his father rummaging fields for parts belonging to men, the women cried out from their breasts.

It was his plan which impaled that dagger into their minds. An intellect of driving force behind bloated, savaged invaders, massacring villages containing innocence built upon unsoiled systems of a perfect design. Yet, the sewage reigned. Built upon rigors of rage, his mind was lost first, and what he missed the most. Causal decisions were made, conclusions reached. A charged storm of immorality.

"My God! Why? I am absent of the eyes to see, the ears to hear, the mentality to understand. My actions are futile no more." Taking this animosity, he reached into the gallows of bodies awaiting death, heaved an army upon his shoulders rivaling the brethren of Cain. Satan, pregnant with evil, envied this power. A boy in preparation for war.

Cicily Janus is a writer in Colorado Springs. Her works have appeared in or are scheduled to appear in Aesthetica, Writers Post Journal, Outsider Writers, Eclectica and Perspectives to name a few. Currently she is the submissions editor for Bust Down the Door and Eat All the Chickens and she is working on her first novel, Burden of Betrayal.

Trash: Our Family's Business Since 1947

Joseph Graham, not He-Man, is the master of the universe.

He says I'm ugly.
Does he mean inside, outside, or both?
I try to sit upright.
"You're ugly, and I hate the way you dress," he says to me.

This is too much.
I lash out across the table. Don't ask me what I say.
I take everything into account: his ass-faced cock, small, narrow,
limp; the smell of his damp, urine balls; the way the crack of his ass
curves to the left instead of in a straight line...

Jennifer Chesler has written three novels, all of which remain unpublished, and is at work on her fourth novel. She is represented by Ben Camardi of the Harold Matson Co. literary agency. 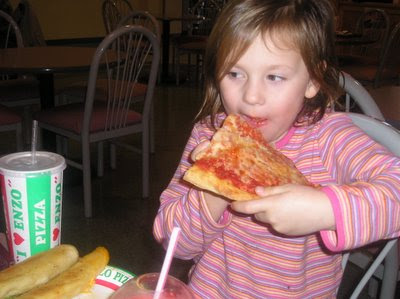 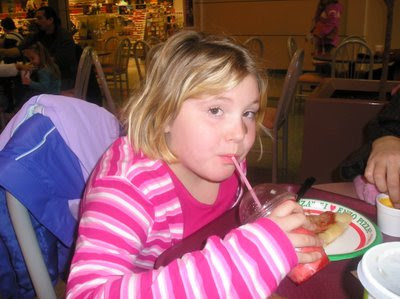 I awake beside you, repelled by my thirst, which is voluminous. I fill the bathroom sink with cold water and submerge my tongue. I lap at the water like a dog in a toilet bowl: unselfconsciously. I lift my head and the excess runs off my chin and down my neck.

I crawl back to bed on hands and knees, a trail of water droplets documenting my path across your floor, and wedge myself beneath you, nose first, curling the rest of me into a tight ball like you like, like you requested of me the first time we slept together.

"You taste like shit," I told you then, wiping my mouth with the back of my hand, dragging my tongue down the seam of your shirtsleeve; which was both a fair statement as well as a boldfaced lie.

I remember something else I told you that first night. I told you I couldn't swim. We'd been out on the lake. The ice around the dock was beginning to crack. You told me you couldn't swim either, which felt like something. If I hadn't found your high school trophies in the back of your closet, it might still.

Sorry EE, I lost the bio you sent, until I email her and get a response, just know that Elizabeth Ellen will kick your ass if you insinuate in any way that she might be a pussy. She is also the author of Before You She Was a Pitbull, and her stories can be found everywhere.

At night she came, carrying a bag stuffed with woodworking tools and clothes she would take back to TJ Maxx the next day. She took off her patent leather sneakers she found on sale and by next morning my room would be thick with their smell. I didn't mind, I said and meant it, and I prided myself on being the only one who could say the patent leather sneakers were dear to me. I went to classes and then worked in the college admissions office till five. Gincy had a car and no apartment and her mom did not want to see her anymore. She audited two classes, had one friend, and six hours to shop until I got home. Then we had sex, quietly because of my roommates, and slept wrapped in each other the rest of the night. She drove me to work, and it was another day that had to be filled. She had a bed to sleep in and I had her to sleep with. She said that she liked being able to give me something in return.

Stefan Kiesbye is the author of the novel Next Door Lived A Girl (Low Fidelity Press). Some of his work can (soon) be read in Hobart, The Stickman Review, Konundrum Literary Engine and The St. Petersburg Review. His short story collection, tentatively titled The Devil's Moor, is forthcoming from Dzanc Books. Stefan lives in Ann Arbor with his wife Sanaz.

If you look through the keyhole, you will see a skinny man wearing red and white striped pants, riding a unicycle across a cloud. You will see a twisting staircase with a thousand steps, carved out of the body of a yellow pear. A schizophrenic whale with a propeller in its water spout, swimming through the sky, convinced he is a helicopter. A beautiful July day, sexy in a slinky red dress and matching lipstick, beckoning you with a breathy voice and curves to stop the world.

You will see a handsome painter named Basquiat, hanging from stars, climbing to Mars. An upright piano, dressed in a button-down shirt and maroon tie, a blindfold wrapped around its head as it waits solemnly on a subway platform. The states of Washington and New Mexico, clutching roses between their teeth as they tango swirls of cosmic color around the wallflower of Montana. A newborn revolution, soft and pink, howling for its mother's milk. A red-haired girl with X's for eyes and a valentine tattooed across her chest, skipping along the edge of a daydream.

You will see these and a hundred other things, including your own iris gazing back at you and the oddities of your world, if you look through the keyhole.

Gina Ranalli has contributed fiction, poetry and essays to numerous anthologies, journals and zines. Her books include: CHEMICAL GARDENS, SUICIDE GIRLS IN THE AFTERLIFE, and 13 THORNS (with Gus Fink.) She lives in Seattle.

I follow the orders dictated by my fathers, of absolute truth, truly no denials, suffer and endure acceptance to trauma. Known is the solution to this expression, a new procedure taught in the science lesson; it is to turn the tables, blow the fuse and rotate the room; when enjoyment and pleasure, a carnal pulling of that limb which extends the farthest, is stolen from the slice; when the crimson eyes jump back into the mind and pants of exhaustion are repeated endlessly: a new goal.

Past indulgence cut through the right side of your throat, the mundunugu will place seven fingers on your back and push. New result, a breaking, removal of fragments off your spinal chord. Are you aware? Those men in co-ordinate dress, wearing exotic magnifying glasses; they surround the table. Don't you see?! You are the umbrella on the dissecting table: being pulled, opened, made shorter, or longer, all depending if the instance walks farther.

Andy Riverbed may not be rich but he has class; he has no desire to be served or have you fired. This is why Andy Riverbed has class. Learn to live the good life!; join the Andy Riverbed mailing list at: andy.riverbed@yahoo.com, or check out his body at www.myspace.com/ylarivera.

It was beautiful, the way she looked, so neatly folded like a favorite denim shirt, blue, soft, lovingly creased.

It had taken time, days, stonewashing, before her body became malleable.

He admired the whiteness of the industrial sized front loader, ran his hand over the warm glass window, mesmerized by the pink suds.

He dried her flat, smoothing her, the way she had smoothed his sheets.

Kim lives by a creek in Minnesota. Some of her stories can be found online at Insolent Rudder, SalomeMagazine.com, Edifice Wrecked, and Elimae. She also has a story forthcoming in the anthology: Sudden Fiction From the Upper Midwest (Spout Press).
Newer Posts Home
Subscribe to: Posts (Atom)