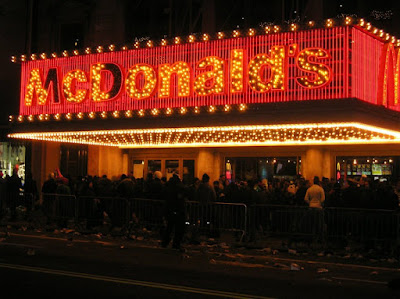 THIS SHOULDN'T BE SUCH AN ORDEAL
Jason Half-Pillow

I’m impatient. Once, I waited in the back of a cramped Chevy Astro, unable to fully stand, for fifty-two hours. My only entertainment was Sudoku and back issues of Newsweek. My only sustenance; canned albacore and Tang. The worst moments were squatting over a five-gallon bright orange bucket from Home Depot. Now, I can’t touch buckets without having gleeful, murderous urges. That particular target received bright crimson pain. I projected my fifty-two hours of discomfort onto his rumpled genitals, right pinky, and both nipples before retiring him. Later that night, I cleansed the noodle machine before making linguine. Red sauce.

It’s the spoon I like to gag myself with, the wooden one with “boy” carved into the handle. I found it in a junk shop just hanging from a hook by a dirty piece of twine. I thought it would be splintery but it was smooth. The guy who made it sanded the hell out of it like my dad would have. Dad was always in his shop all hours of the night drinking Buds. I could see him making a spoon like that when my mom was pregnant with me. And I could see mom hanging it from the wall, then jamming it into the back of a drawer after I was born.

Lately, it’s my favorite spoon to throw up with. I keep it on a shelf with my razors and pills and lighters, other things I use a lot. After dinner, I tie my hair back and go into the bathroom with the spoon, thinking maybe I’ll be luckier than my dad. Maybe I’ll make a boy. I lift the toilet seat with my foot, and my gags sounds like laughter echoing off the bathroom walls.

Jennifer's boy kneels in the living room, presses the circle button to rip out the other player's spinal cord, then presses the triangle button so his character can eat that arm like a celery stalk—like the gushing blood is Hidden Valley Ranch. From the kitchen, Jen hears a gravelly voice say, "Fatality". A second later, it says, "Challengers, forward". The kid sits there hours a day with his mouth hanging open, tonguing his molars. The reflection of guts slick with fresh blood bright in his eyes.

In the kitchen, Jen keeps the receiver wedged between her ear and shoulder, repeats "Yes, Ma", "No, Ma". She's cooking a meal that will apologize so that she doesn't have to. She's forgotten an ingredient. Her mother rattles them all off, but she can hardly hear her mother's instructions over the crunching and wailing of the living room deaths. She places the phone on the counter, goes to the doorway to yell about the volume in time to see her husband walk through the front door. She stares at the knot of his tie. His eyes turn to the screen. Opponents face each other. Challengers, forward.

She shifted in the passenger seat. Blue and white flowers danced on her dress and she was ranking the actors who played Dr. Who. “I liked Matt Smith a lot, but Tom Baker is still my favorite.” I wanted to tell her everyone’s favorite was Tom Baker but maybe that wasn’t true and anyway her bent knees were a little bit pink and I wished I kept my car cleaner.

An old man crossed in front of us. He was walking slowly with bowed legs, as if he were riding something but he wasn’t, he was just walking, and when he looked up, he nodded at me. Without thinking, I waved back. Maybe because no one had ever waved to me all the times I’d lugged my backpack across this same street, hoping I’d meet someone like her, hoping her legs would brush against my seat’s fabric more than just the one time.

“Do you know him?” she asked. Her voice seemed far away.

I couldn’t tell her I had just traveled in time without a blue box. All I could say was, “Yes.” Really, it was all I could ever say to her.

The age of barbed wire was just finishing up when I discovered that the ice on ponds is probably never 100 percent safe. Less than an hour later, I was back to work elaborating the immense and complex maze from which I hoped to one day escape. And why? Because I love you like grim police photos of some crime scene. The same algorithm recommended that I read an environmental history of Auschwitz. Instead, I listened to the snow falling, as full of deaths as a Spaghetti Western, and pictured Bach composing with a violin in his hands.

THIS SHOULDN'T BE SUCH AN ORDEAL - jason half-pillow

Taking a shit like this should not be such an ordeal, but the kids playing with the water balloons are making it one. I ate two cans of Alpo an hour ago and since I’ve got colitis, it runs right through me, so I’m in here with all my belongings in my damn duffel back, just trying to take this shit. The kids come running in, boys being chased by girls, and they’re all throwing water balloons and screaming.

They all stop yelling and dart out and I can hear them through the grate in the little window open above the stall frantically telling every kid who will listen not to go in there because there’s some crazy guy in there taking a shit.

Well that gets the trouble makers coming in and I hear one of them say,

And over the stall door comes an untied water balloon spraying me with water all the way down. Others come in throwing garbage. They get bored and stop. And I try again taking this God damned shit.

A hundred and fifty dollars? I ask.

An extra twenty for kissing.

I thought about it.

A hundred and fifty it is.

I hung up, and stepped out of the phone booth. It smelled of piss. What kind of a sicko used a phone booth, anyway?