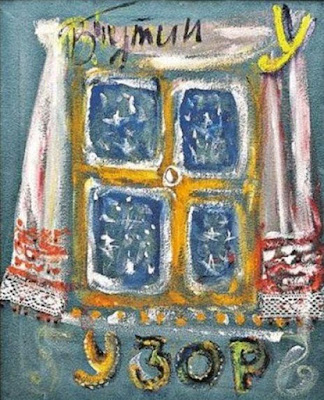 AT THE RETIREMENT HOTEL
Linda Lowe

As he stood in the shower, lukewarm water running down his face and blocking his ears, he realized he didn’t know a goddamn thing.

Seriously. Not a goddamn thing, he thought.

What he knew - or thought he knew - felt feeble and and untested. Information accrued from a wash of random stimuli - like pond scum that gathers along the banks of a rushing river. He knew fragments of parts of things people thought they had once heard from some guy in a bar somewhere a few years back.

He couldn’t even remember if he’d already washed his armpits or not. He lifted his arm and sniffed.

Nowadays you want something more darkly hot-blooded than a butterfly pavilion but again you're disappointed - bats flap fingers, not arms, and won't cause a distant storm. Simple rain confuses their echoes. You fear the chalk screech of their blackboard world, their surprise fur and parched membranes, the gust as they pass your cheek, the way bats feel moths pass. Moths screech back to confuse. All you can do is leave through the air-locked door, rejoin your parents who look so happy now, picnicking in the sun where you left them arguing. They kiss. You could sneak up and surprise them.

Ignacio Santo kicked his snake-skins up on the desk and tore open a raucous, juicy, terrible fart. The stray cat he picked up the day before at the 7-11, whom he named Muhammad Ali, looked at him and hissed. Ignacio's eyes swam in the back of his head and his brown cheeks inflated as he laughed and laughed and laughed at his flagellant and Muhammad Ali's hisses. Once his laughing fit ended, he unscrewed a bottle of Texas hooch and took a sloppy swig, spilling some on his tie. He normally wore a bolo tie, but not today, his wife made him wear a regular maroon neck tie she found at the department store where she was always buying towels and curtains and secular looking crosses to hang on the wall. She told him bolo ties were for rich white men in Houston sitting in high-rise offices built on the profits of black gold, not construction foreman like Ignacio who's office is a trailer that is in a different place every couple of months. She said his workers probably didn't respect him when he wore a bolo tie. She said they probably called him a clown. He didn't think his workers cared what tie he wore considering the majority of them were felons who would gladly walk around with a syringe tucked behind their ear like a cigarette if Ignacio tolerated that kind of thing. Oh well, he thought, let his wife dress him, feed him, and shave his back, just gives him more time to day dream and ignore responsibilities, he figured.

AT THE RETIREMENT HOTEL - linda lowe

Ruth told the cook that when she was growing up in Tennessee, her mama fixed turnips once a week.  Said this to the cook like she was Queen of the South, and the next thing you know, we’re stuck with turnips on the menu.

Ruth, with the red, red nails of a hussy, three diamond rings, and then to have to listen to her golden bracelets clinking over the roll basket.

She’s the queen all right, just ask deaf Will.  Nearly always after ice cream he shuffles over to our table, shouting to Ruth, “I love your beautiful face, why oh why don’t you come to Bingo, darling?”

Then last night after three nights in a row interrupted, when I merely say, “I’d like to get through just one dinner without the paramedics,” Ruth starts in with how fortunate we are if our blood’s thin enough, if our hearts can hold us up.

When they set the bed on fire the first time, it skittered back--motored by their shimmying motion--toward the closet, over some strewn-about candles she asked him to light to set the mood.

“Saints alive!” he blurted out as flames flashed, not knowing from whence that exclamation came.
He slipped out, grabbed the burning blanket and beat it on the floor until the embers died. He dashed to the kitchen, snatched an orange juice carton and doused the charred fabric.
“Honey, it’s okay.”
“Dear, you can’t be too careful. One little lingering cinder can reignite a fire. A huge blaze could snuff us out while we sleep. The smoke, that’s what gets you.”

After that, the candles went into hibernation in the hall closet.

The second time they set the bed on fire, the reintroduced candles were again the culprits. They drifted off into the arms of Morpheus in their joint embrace with the wicks still lit. One somehow toppled off the dresser.
Nostrils thick with a smoky stench, he soon had every last candle in the apartment cinched in a trash bag.
“Hell,” he thought as he stood before the dumpster. “I hope to hell this doesn’t symbolize a thing.”

He throws his arm around me, says, “You know what else Bob and me got in common? We’re both still crazy about our wives. No kidding. At the conference in Vegas where we met, other guys were checking out the scenery, needling us to join them at some parties. We weren’t interested. No one could believe after being married 30 years, we’re both still madly in love with you ladies.”

I exchange a half smile with the woman beside me. He removes his arm, turns away to continue discussion with Bob on the finer points of some topic that never held my interest. There are things his partner and I may have in common, but nothing we can freely share, waiving down the waiter, empty goblets raised.

He was always above my longing looks, never once thought that it might be a kindness to engage me, instead of expending all his energy making sure any conversation I tried to start promptly met its death.

It took me awhile, but now I realize that his shoulder wasn’t the only cold thing.