AND THEN THERE WAS NOTHING - delaney nolan 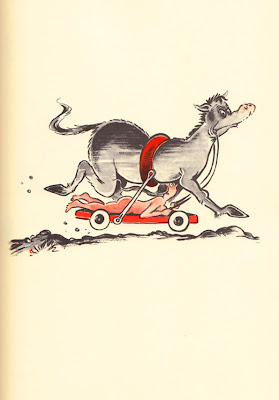 Drunk-gutted, eating a pear with their eyes closed, they begin to make a list of the things that frighten them. They begin with: long, broken-paved roads lit only by streetlamps, the light at the end flickering on, off, on. Cars left running with the driver’s side door open but nobody’s there, nobody’s in them. Non-microwaveable bowls. Nylon-polyster blends. Birds with teeth. Scandinavia.

And what about glued-down nickels, or public transportation tokens from other states. Babies dressed as fruit, hell, babies in general. They continue: What if the dog learns to speak and he tells us he’s disappointed in us? We could’ve done so much more. We could’ve gone to graduate school. I mean My God, he’s seen us naked, he’s seen what we eat for breakfast. Sometimes it’s cake.

They vow to never see a frightening thing. They board up the doors and paint the windows. Pull their own teeth so they won’t have to look at a skeleton.  The world must be knowable, they tell one another. Out goes the television, the microwave, the electric toothbrush.

She becomes convinced he has feline eyes.

Something has to go.